Things I loved about London:

Okay, now for the details of my London adventure…
I flew into London Heathrow airport on Friday evening, November 4th. I somehow managed to figure out how to take the tube (underground train) straight to my hostel in South Kensington. I exited the station to a very rainy, cold night, but I wasn’t going to let the weather get me down… I was finally in London!! I walked several blocks to Meininger Hotel (a fancy hostel), got situated in my room and searched for a close place to have dinner. After dinner I wandered around the neighborhood and found a very inviting bar to stop and get a drink. However the bar ended up being way more swanky than I thought… I ordered one drink for 16 pounds! That’s like $20, and the drink wasn’t even that great. But I mingled with some locals, and they gave me some advice on what to do during my solo London adventure. I returned to my hostel around 10:30 to get a good nights’ sleep before the next day of exploring!
I woke up early on Saturday morning, planning to get out of my hostel by 9am. I couldn’t wait to explore London. I had passed a very inviting bakery the evening before while exploring South Kensington, so I began my day there enjoying an apple turnover and a cup of coffee for breakfast before catching the tube. I took the tube towards Piccadilly Circus, but randomly chose a stop to get off at, unknowing that it happened to be Westminster Abbey, a block away from Big Ben. I wandered out of the subway stop to a gentleman playing the bagpipes in front of Big Ben, and my heart stopped. The same feeling I felt when I saw the Eiffel Tower flooded my body and I felt so fulfilled. The buildings in Europe are so stunning, gigantic works of art, and Big Ben is breathtaking, especially when the clock strikes and it shakes the whole block. After being super touristy for about half an hour, I wandered across the river towards the London Eye. I contemplated buying a ticket to ride the large ferris wheel, but decided it was more of a thing to do with friend, not alone, so I continued walking along the water, bundled in my amazing leopard print coat I bought in Paris and taking in all the sites. It was so cold in London, about 40 degrees, but thank goodness it was dry. I would so much rather wander around in the cold than the wet.

My next destination was the Millennium Bridge. As I walked across the pedestrian-only bridge, I pretended I was in that scene at the beginning of the 6th Harry Potter film where the Death Eaters demolish the bridge…. I hope some of you understand this reference. In the middle of the bridge you can see almost all of London, Big Ben & the London Eye in one direction, and the Shard and Tower Bridge in the other. From there, I wandered around some small side streets and ran into the weekend Borough Market, where I stopped for a snack and watched a street performer play a tuba with fire coming out of the bell. About an hour later I found myself all the way at the Tower Bridge, which was unfortunately under construction and closed off to cars. But pedestrians could still walk across it. I crossed the bridge and found myself outside of the Tower of London & the London Wall, then walked around Whitechapel area until stopping at the infamous London Bridge (did your parents sing “London Bridge is falling down…” to you too when you were young?).

I crossed the river once again and strolled back towards the same Borough Market to get a late lunch. The sun actually made a miraculous appearance in the afternoon, which had the locals thrilled. I wandered back towards the London Eye, taking a slightly different path along the water. Around 2pm, I started making my way towards Trafalgar Square, a complete tourist trap but one of the most iconic areas of London. I spent an hour wandering the square, reading street poetry and watching multiple different street performers. Being alone, I had to resort to taking a lot of selfies (no shame), but I never once felt weird about being on my own. Several blocks away from Trafalgar Square was Piccadilly Circus, which looks like a miniature version of Times Square. I had planned to end up there at 3:30, to take a much-anticipated Harry Potter tour. I located my tour guide, who was this adorable British lad named JJ who very much resembled Ron Weasley, and with about 40 other people we followed him around the streets of London, learning about different areas where the movies were filmed and JK Rowling’s inspiration for various locations and story lines throughout the series. Being the extreme Harry Potter fan that I am, I recognized so many of the locations from the films. We walked down the alley which was said to be the inspiration for Diagon Alley, we passed the real Ministry of Magic (actually the Ministry of Defense) & Gringotts Wizard Bank (the South African High Commission). I even learned that you can get a degree in Harry Potter at Durham University, so I’m actually thinking about going back to school…… ha! Just kidding.

After the Harry Potter tour, I ate a meal with some people I’d met on the tour and then made my way back to my hostel. Throughout the day I had learned that this was Guy Fawkes Day, so there were going to be fireworks displays along the water later that night. I rushed around my room to freshen up and called an uber to get to the water quickly. On my way downstairs, I shared an elevator ride with someone who was also headed to the water to watch the fireworks, and although I might not do this at home, I was feeling adventurous and asked him if he wanted to come with me. We watched the fireworks on the water with hundreds of other people, and then spent the rest of the evening bar hopping around the Chelsea & Kensington neighborhoods.

The next morning I woke up and my legs were so sore from the day before. I swear, over the course of my entire Europe trip I walked well over 100 miles. Maybe that doesn’t seem like that much, but it does to me! I started my day by taking the tube to Westminster Abbey again, but this time I walked the opposite way than the day before, towards Buckingham Palace. I stopped to take a very touristy photo in an old red telephone booth in front of Big Ben, then made my way through Saint James Park. It was a perfect morning and the park was packed. I strolled down the paths, bird-watching and site seeing when I came upon Buckingham Palace. I walked up to the gates and explored the surrounding areas, hopeful to see some of the Queen’s Guards up close.

Near Buckingham Palace I found a few places to do a little shopping, and by mid-afternoon it had begun to rain so I made my way to the Natural History Museum. I could have spent days in this enormous museum and was stoked about the current Dinosaur exhibit (I’m obsessed with dinosaurs). By early evening, after I’d walked through about half of the museum, I noticed that it had stopped raining so I walked back towards the water to take some photos of London at night. I ate a quick dinner on my way back to my hostel, where I needed to get ready for a pub crawl I’d signed myself up for. Around 9pm, after changing into a clubby outfit, I took the tube to Piccadilly Circus and met up with the fellow pub crawlers. I was a little nervous about joining a pub crawl alone, but I met a ton of awesome people that night, including two adorable girls from Germany and a group of bankers from NYC who sure knew how to party! We hopped around to 5 different clubs in the Soho district and ended our night at an awesome nightclub Rah Rah in Piccadilly.

Monday morning, I slept in since I was exhausted from the last two days. This was my last day in London, and I had a few more things to cross of my list before heading back home to the States. I finally stumbled out of bed at 10am and checked out of my hostel around 11. I grabbed a quick breakfast and hopped on the tube once again towards Kings Cross Station, where I would hopefully find Platform 9 ¾ and be off to Hogwarts! Kidding, but I did find the platform quickly by the long line of people waiting to get their picture taken in front of the platform sign and the trolley sticking halfway out of the brick wall. While waiting in line, I struck up a conversation with two girls in front of me and quickly found out that one was from Portland, Oregon who was attending Oregon State, and one was from Vancouver BC! Very small world situation, we couldn’t believe it. The three of us ended up taking several pictures together in front of the platform, along with our individual “off to Hogwarts” pictures. I was so fulfilled; visiting Kings Cross Station had been on my bucket list for years.

By chance, another friend who I went to high school with happened to be in London that same day, so that afternoon I met her for lunch in SoHo before catching the train to London Gatwick airport. On the train to the airport, I kept getting the feeling that I wasn’t supposed to leave. Although my entire European adventure was incredible, something about London felt safe, welcoming, like home. I could easily see myself living their one day, and I hope I get the chance to return in a few years and explore even more of London that I didn’t get a chance to squeeze into my short four days there.

Romwe Review & The Power of Advertisements

Do Nasty Gals Do It Better? 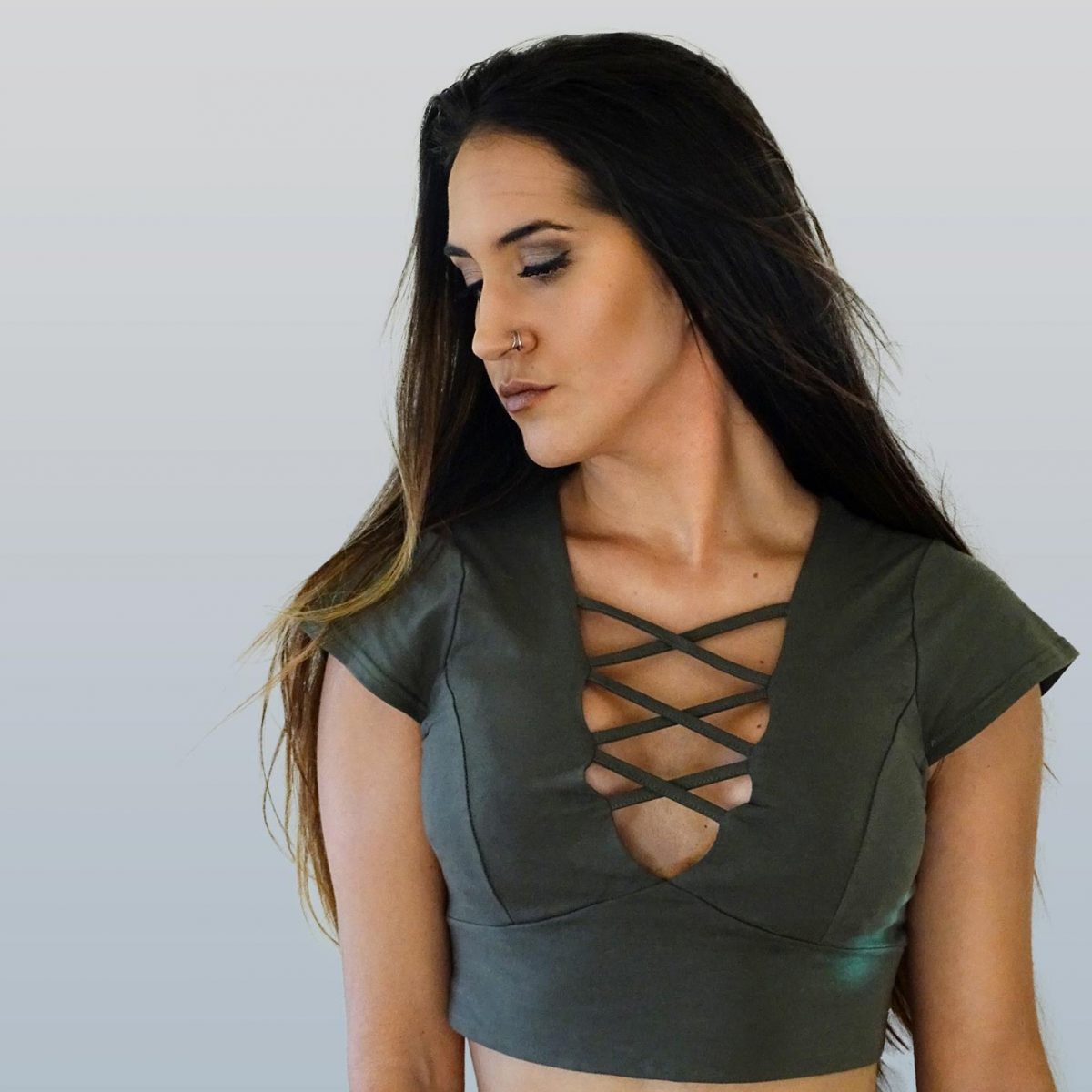